Former Hockey Pro Helping Others with PTSD and Depression

Clint Malarchuk is a retired Canadian professional ice hockey goaltender who played in the National Hockey League (NHL) between 1981 and 1992. Malarchuk is best known for having survived a life-threatening injury during a 1989 NHL game when a skate blade sliced his carotid artery and jugular vein, causing immediate massive blood loss. From Wikipedia

Clint was back on the ice skating professionally in ten days. But the emotional impact from the near fatal accident was just beginning.

After the accident, Clint struggled with obsessive-compulsive disorder, as well as nightmares and alcoholism. He remained in pro hockey in the International Hockey League. As his pro hockey performance declined, he became a coach.

Malarchuk said after he realized he was not alone and accepted his PTSD diagnosis, he cried for three consecutive days. But Clint found his purpose. “My purpose is to be of service to men and women struggling with PTSD, mental illness and addiction – and that’s an awesome service.”

New Start Recovery Solutions is very excited that Clint Malarchuk will be our guest speaker at our Kickin’ Off the Holidays Party, December 1 at the San Jose Marriott, 301 South Market Street, San Jose California 95113.

Clint’s memoir, A Matter of Inches: How I Survived in the Crease and Beyond, was published in 2014.

Both Clint and and his wife Joanie are Mental Health Advocates and speak around the country on Substance Abuse, PTSD, Depression and their personal struggles with Mental Health – and how addiction effects the family and loved ones. For more information on Clint Malarchuk’s mission, see https://www.nhl.com/news/clint-malarchuk-helping-others-with-depression/c-287736086.

To reserve your FREE ticket, please go to https://kickin-off-the-holidays-party-12-1-17.eventbrite.com.

We look forward to seeing you there!

Although Clint initially refused to view the footage, upon viewing it Malarchuk was taken aback: saying that he didn’t think his memory of his own incident would come back after 19 years. He sought treatment for post-traumatic stress disorder (PTSD) the following year. 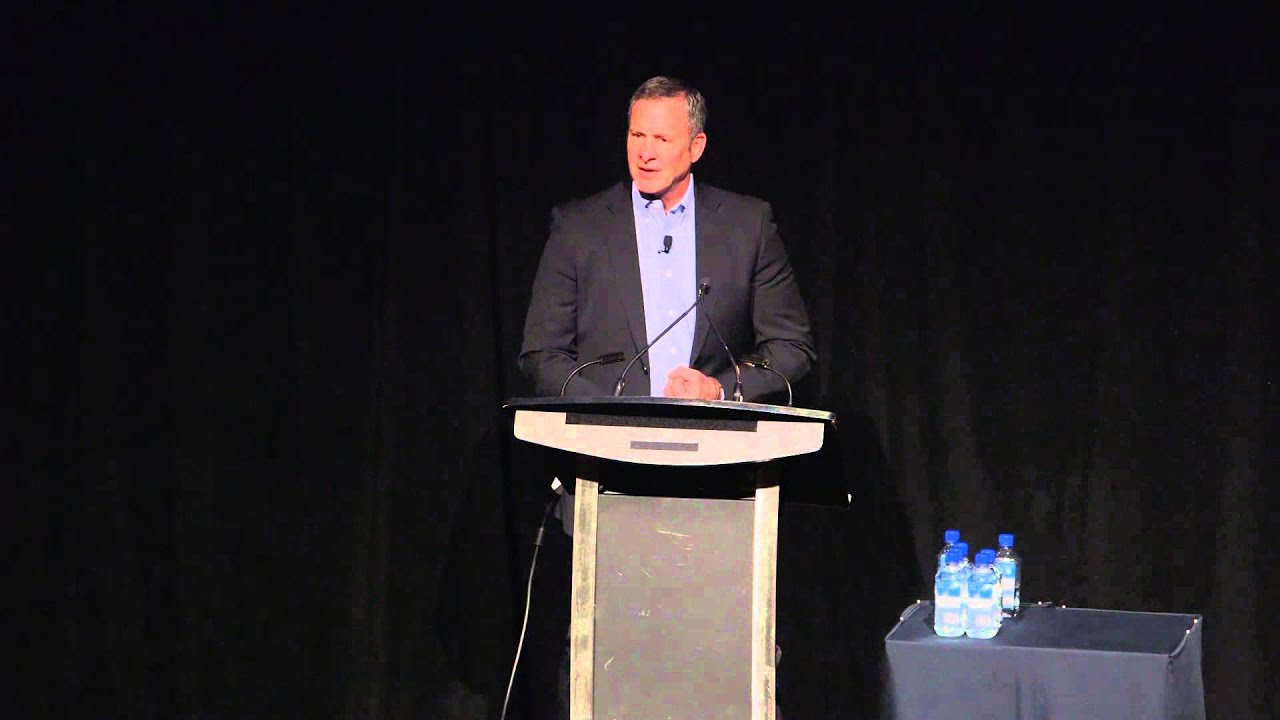 Clint Malarchuk, ‘A Matter of Inches’

No job in the world of sports is as intimidating, exhilarating, and stress-ridden as that of a hockey goaltender. Clint Malarchuk did that job while suffering high anxiety, depression, and obsessive compulsive disorder and had his career nearly literally cut short by a skate across his neck, to date the most gruesome injury hockey has ever seen.

This autobiography takes readers deep into the troubled mind of Malarchuk, the former NHL goaltender for the Quebec Nordiques, the Washington Capitals, and the Buffalo Sabres. When his carotid artery was slashed during a collision in the crease, Malarchuk nearly died on the ice.

Forever changed, Clint struggled deeply with depression and a dependence on alcohol, which nearly cost him his life and left a bullet in his head. In A Matter of Inches, Malarchuk reflects on his past as he looks forward to the future, every day grateful to have cheated death—twice. From Amazon.com

Clint Malarchuk’s Mission: Helping Others with Mental Illness and Addiction

“It felt like a kick to the mask. There was no pain, but I pulled my helmet off. And then I saw the blood.” — Clint Malarchuk, from his book, “A Matter of Inches: How I Survived in the Crease and Beyond”

Clint Malarchuk is crying. From Malarchuk’s perspective, this is a good thing. It means his message about living with depression and post-traumatic stress disorder (PTSD) has hit home with his audience.

“It means somebody out there is relating to what you’re telling them,” Malarchuk said.

For the past 2 ½ years, Malarchuk has traveled around the United States and Canada working as a mental health advocate and sharing the story of how he emerged from living almost 20 years in a personal hell that nearly cost him his life.

Malarchuk estimates he does about 30 speaking engagements a year. He talks at corporations, high schools and colleges about his experiences with obsessive-compulsive disorder (OCD), depression, anxiety, alcoholism, attempted suicide and PTSD.

But he said his work with military veterans and first responders is the most gratifying. How can a 55-year-old former goalie relate so well to those who have served and given so much to their country? Although Malarchuk has never been in the military, he has been where many of these veterans have been psychologically.

Although Malarchuk was playing against the Quebec Nordiques 11 days after being almost fatally injured, he was far from healed. For three years, Clint was plagued by panic attacks and recurring nightmares. These are classic symptoms of PTSD.

On Jan. 26. 1992, Malarchuk went to a Super Bowl party at the home of Sabres teammate Dale Hawerchuk and had a few drinks. Then he went home, drank a bottle of scotch and took his ulcer medicine and some painkillers he had been prescribed because of a broken vertebrae.

“I couldn’t sleep, so I come back from this [party] and I’m going to sleep because I’ve got the pill bottle and it said, ‘Do not drink with alcohol, will make you drowsy,'” Malarchuk said. “I was like, ‘Yes, I’m going to sleep tonight.'”

Malarchuk passed out on his bedroom floor and his heart stopped. He was rushed to the hospital and revived. “No, it was not a suicide attempt. It was not. Not at that time,” Malarchuk tells the audience. “I had PTSD. I had everything exploding.”

According to the National Center for PTSD, about 7 percent to 8 percent of people in the United States will suffer from PTSD at some point in their lives. About 8 million adult Americans have PTSD each year.

The numbers are higher among veterans. An estimated 30 percent of Vietnam veterans have had PTSD. About 12 percent of Gulf War veterans and between 11 percent and 20 percent of veterans of Operations Iraqi Freedom and Enduring Freedom have PTSD each year. “Our military, they survive the war, they come back and, even if their body is in one piece, a lot of them are sick mentally or injured mentally because of PTSD,” Malarchuk said.

A study by the Department of Veteran Affairs released in 2016 estimated that an average of 20 veterans commit suicide each day.

Malarchuk knows how many of them reached that point: He was not diagnosed with PTSD until after his suicide attempt on Oct. 7, 2008.

Six months later, he got drunk at his ranch, held a rifle to his chin, and with his wife, Joanie, watching, pulled the trigger. The bullet shattered his chin, teeth, cheekbone and one of his eye sockets.

After his failed suicide attempt, Malarchuk spent six months in a rehab facility in San Francisco. His initial reaction when told he had PTSD was denial; it didn’t fit his tough guy image as the “Cowboy Goalie.”

“I was so insulted, because I was a rock star in Buffalo,” he said. “I came back so quickly [from being cut in the neck] that the town worshipped me because I epitomized everything that tough, blue-collar town like Buffalo was about. So when they said, ‘You’ve got PTSD. That’s why you’ve been struggling with all of this,’ I was so insulted because of the stigma that PTSD is a weakness, not a sickness. And it is [a sickness]. You’re sick. You’re injured.”

That is the crux of Malarchuk’s message.

Being mentally ill doesn’t mean you’re not tough. Asking for help isn’t a sign of weakness.

“When I was on active duty, I was diagnosed with depression and I was hospitalized,” said Jane Polcen, a retired U.S. Army major. “I think it’s just great that [Malarchuk] is putting this out there, especially with the military. I didn’t know I had depression and when I found out you just don’t want to tell anybody because you’ve got to stay strong, all the things [Malarchuk] talked about. Just like in the hockey world, in the military there’s so many soldiers who will just not talk about it.”

Malarchuk has learned that talking about it is therapeutic for him. He also wrote an autobiography with co-author Dan Robson titled, A Matter of Inches – How I Survived in the Crease and Beyond. (In Canada, it was called “The Crazy Game.”)

“I hated writing that,” he said of the book. “People ask me the question, ‘Was it therapeutic?’ No, it was the hardest thing. I quit doing it over and over and I always went back to it. But since I did it, I’ve gotten so much feedback. And that’s the other reason why I really like the military and first responders because the ones that have read my book have reached out to me and said, ‘I thought I was the only one. I felt alone.'”

Malarchuk said after he realized he was not alone and accepted the PTSD diagnosis, he cried for three consecutive days. By now, several audience members are crying as well.

“It’s pretty awesome when you know you helped them just by opening up,” he said. “When I see other people out there with tears running down their cheeks, I usually end up doing the same.”

If your family is experiencing the effects of a loved one’s addiction, it is time to take the necessary steps to get help. New Start Recovery Solutions can help you with alcohol and drug rehab in Northern California, Central and Southern California and the US.

If PTSD or any form of mental illness is also involved (depression, anxiety, obsessive compulsive disorder and more) – it is critical to make certain the rehab center you choose has Dual Diagnosis addiction treatment. Dual diagnosis is also known as co-occurring disorders in substance use disorders (SUD) treatment.

Contact New Start Recovery Solutions for details and more information on addiction treatment programs that will fit your needs – and work best for you.

Treatment planning will not be the same for everyone. Below, some of the common methods used as part of our addiction treatment plans.

Detox – Don’t let the fear of withdrawal keep you trapped in addiction. The compassionate staff from New Start Recovery Solutions helps you regain control of your life with access to our alcohol and drug detox programs.

Inpatient Addiction Treatment – Evidence-based addiction treatments, holistic therapies, and over 20 years of experience within a safe and supportive environment

Psychotherapy is usually a large part of an effective dual diagnosis treatment plan. In particular, cognitive behavioral therapy (CBT) helps people with dual diagnosis learn how to cope and change ineffective patterns of thinking, which may increase the risk of substance use.

Helping You With a New Start in Life!